Darin Kidd Interviewed as a Rising Star in Network Marketing

A testament to his professional growth over the past several years, Kidd was recently interviewed by Eric Worre, the founder of NetworkMarketingPro.com. Eric Worre is the author of “Go Pro-7 Steps to Becoming a Network Marketing Professional,” considered a “must-read” book in the industry. Kidd took the opportunity to highlight what he considers the three most important factors to being successful at Network Marketing: being coachable, being willing to work, and having desire.

“Desire – figure out what you want and why you want it, and keep that in front of you at all times because when things get tough, that’s what helps you stay strong enough long enough,” says Kidd of his third factor to success. “What is motivating about my story is all the challenges, the struggles, being real, authentic, knowing that if I can do it, you can do it.”

Kidd has been in the Networking Marketing industry for over 20 years. He began his journey in the industry because he was frustrated by not having financial freedom or time freedom. He wanted a better life for his family and was determined to make a change. “Someone once told me that success was buried right underneath frustration, and I was determined to stay strong enough, long enough, to find my way to success,” says Kidd.

In the years since, Kidd has become one of the most sought after trainers in the Network Marketing industry, as well as the #1 Network Marketing Trainer on Periscope. He continues to expand his brand and is increasing the mentoring opportunities and trainings available for his clients. 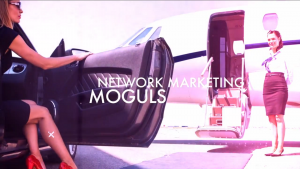 Recently featured on Grant Cardone TV, Kidd elaborated on the importance of finding the right mentor. “It wasn’t until I had the right mentors come into my life that everything started to change,” Kidd said. He adds, “Mentoring and helping others is what motivates me on my journey, and I am pleased to be offering more opportunities for clients as my network grows.”

One of Kidd’s many clients, Tony V., had much to say about Kidd’s mentorship, “Four years ago, I committed to working with Darin and life is now so much different than I could have imagined. I’ve learned that it’s not necessarily the system that creates wealth, but how you work the system. It’s not finding people to work under you, its finding people who want to work WITH you. By following what Darin does, in 24 months I replaced a 6 figure income as a partner in a restaurant and retired from that industry…I’ve learned that a leader is someone people follow because of what they do, not what they say.”
If you are in or are considering the Network Marketing and aren’t already working with someone, I can personally help you reach your goals!

ABOUT DARIN
Darin Kidd is one of the most in demand trainers in Network Marketing today. After his vast 28 years in the industry, he has acquired a lot of knowledge. He is a multiple seven figure earner with over 1,000 personal recruits and built teams of thousands of distributors. As an accomplished trainer and mentor, he has led hundreds of live events around the world and assisted people in building their own successful Network Marketing businesses. His passion is helping people see success of their own by teaching them what to do.